Culture media for detection and counting of bacteria 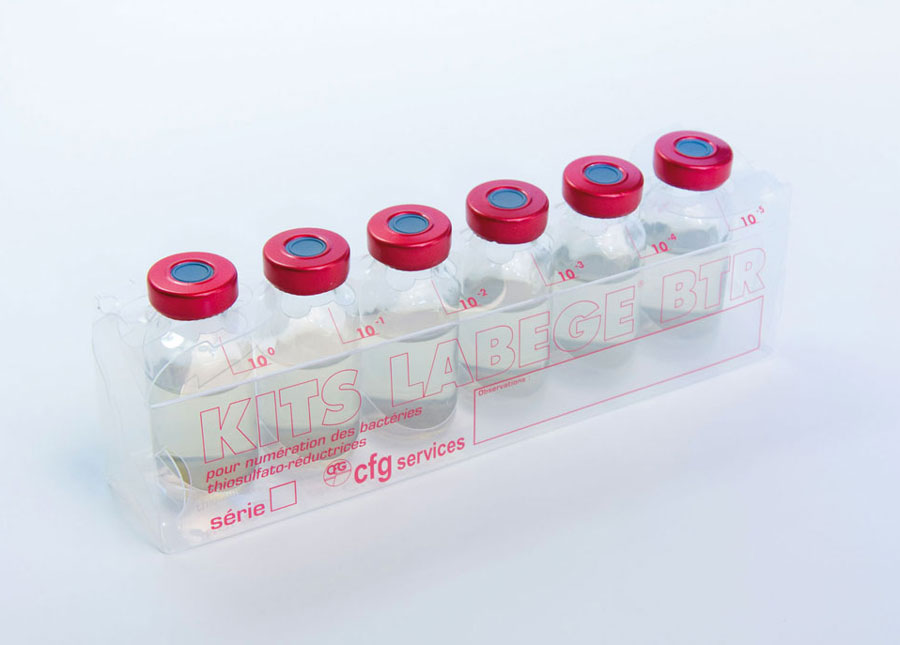 CFG manufactures and markets culture media, called Labège test kits, dedicated to the detection and selective counting by the technique of the most probable number of bacteria (NPP) of sulphate-reducing (BSR) and thiosulphato-reducing (BTR) bacteria.

Unlike conventional culture media, the Labege test kit is composed of two carbon sources that allow the growth of all currently listed BSRs or BTRs including new species developing on acetate.

The Labege test kit for BSR contains a sulfur-free reducer that lowers the redox potential of the medium, allowing the growth of BSR including strict anaerobes.

Our BSR kits allow for a BSR count according to the recommendations of the National Association of Corrosion Engineers (NACE) No. TM0194-94 and API (American Petroleum Institute) No. RP38.

A complete range of salinities representing different natural environments is available. Our kits are made to order according to the desired salinity.

The products are kept 18 months after the date of manufacture.

The Labege test kits are sold in boxes of 6 bottles or individually.

ASK FOR A QUOTE

SIMPLE USE IN 3 STEPS 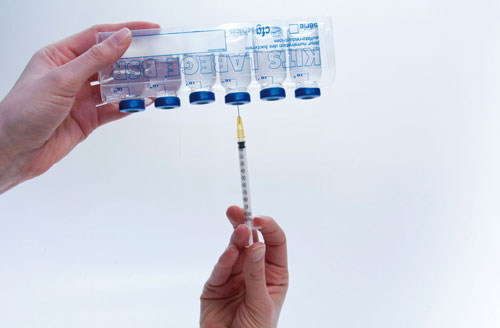 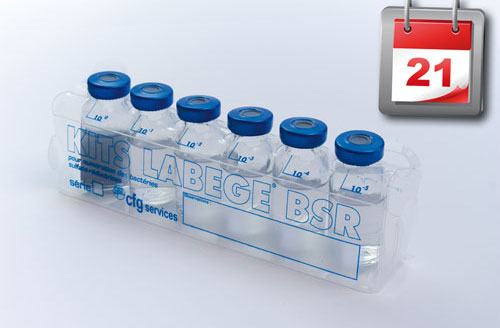 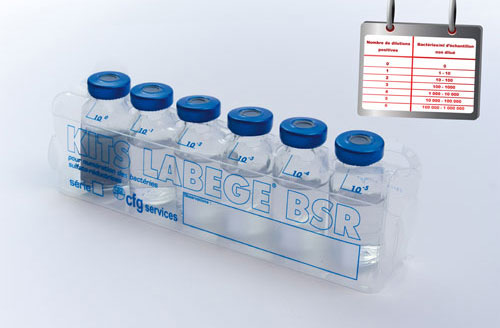 Reading results using the statistical table
of the most likely number 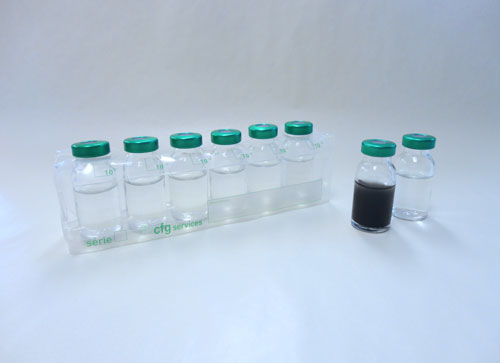 You are interested in our services, do not hesitate:

You are interested in our services, do not hesitate: