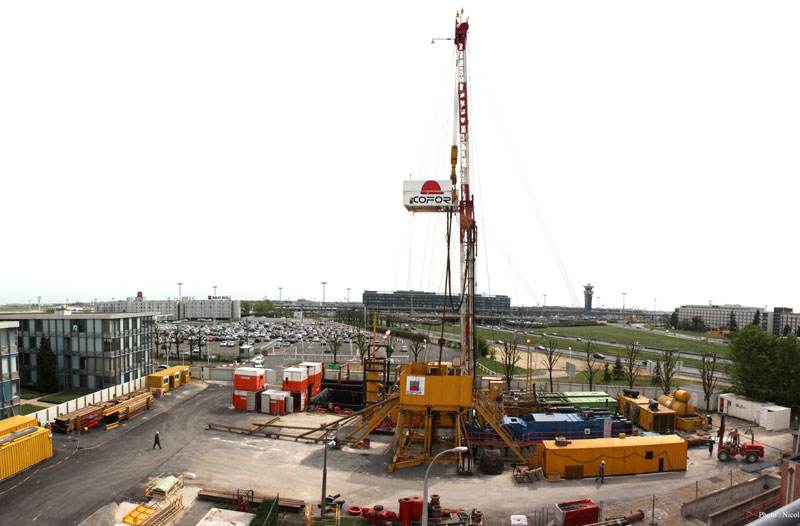 Faithful to the commitments made during the Grenelle de l’environnement (Grenelle Environmental Forum) in 2007, Aéroports de Paris has created a geothermal facility to provide heating for part of its installations from the end of 2010. CFG Services carried out the project management, on behalf of ADP, for the work below ground, and supplied completion equipments for the wells. (2010)

The two inclined and oriented boreholes of the Dogger doublet (Upper Bathonian – 1800 metres deep) were drilled according to the forecast schedule and in a record time of 70 days (excluding setting up and removing the drilling equipment).

The drilling results are consistent with the forecast data. The facility will deliver a maximum thermal power of 15 MW (300 m³/h of water at 74°C reinjected after thermal exchange at about 35°C. The heat is recovered by thermal exchange using a heat exchanger with titanium plates, which transmits the heat to the airport’s heating hot water (HHW) network.

The use of geothermal energy means that natural resources can be conserved and at the same time the CO² emissions linked to energy production can be reduced. Compared to the “all-gas” solution, the geothermal doublet, with a power of 15 MW, will reduce gas consumption at Orly by 4,000 tonnes of oil equivalent (TOE) and, in the long term, avoid approximately 9,000 tonnes of CO² emissions per year.

Visit our page Geothermal Energy and watch our movies 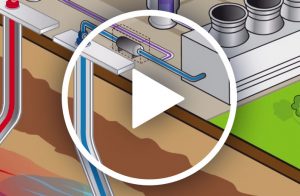 Let's get in touch to carry out your projects: